Went for a weekend drive on Hwy 101 with Mom and my dog Emma along the Hood Canal. We start at the south portion of the canal and made our way north along the western shore. The Hwy skirts just along the canal for 10s of miles, with great views of the Olympic Mountains, the hood canal and the terrain across the canal on the Tahuya peninsula.

Around mid-day we stopped at the Triton Cove State Park and sat down for a picnic lunch. This is a small state park at only 30-acres with day-use only features including a public boat ramp, a few picnic tables and a pit toilet. A 555-foot stretch of public access shoreline right on the salty shores of Hood Canal is available for crawling around on and fishing.

The public fishing dock and floating pier a the state park provided some great photo opportunities. The boat dock and western shoreline likely would provide for a great place to capture some early morning sunrise shots. I’ll have to get up super early some morning and get some sunrise shots from the park. Unfortunately for us today there was a bit of smoke was in the air due to summer time forest fires. The distant views were a bit muted, however, we were still able to catch some great glimpses of the scenery as drove up the canal.

Just north from the State Park we spotted a bald eagle perching atop dead tree overlook the Hood Canal. It posed for a while and let me snap a few photographs with my long lens. Not the most majestic looking eagle, but posed perfectly for a few nice photographs.

We continued on up Hwy 101, heading north towards the top of the Canal. We passed through a small section of the Olympic National Forest, going up and over Walker Pass around 800 feet in elevation. This gave us a small taste of the Olympic Mountains with the closeup mountain terrain visible from the car. We continued on down to cross over the hood canal bridge, through the picturesque and historical town of Port Gamble, and on down to the shores of the Puget Sound. After a 45 minute wait a the Kingston Ferry Terminal we boarded the ferry and sailed across the sound to the Edmonds ferry port. 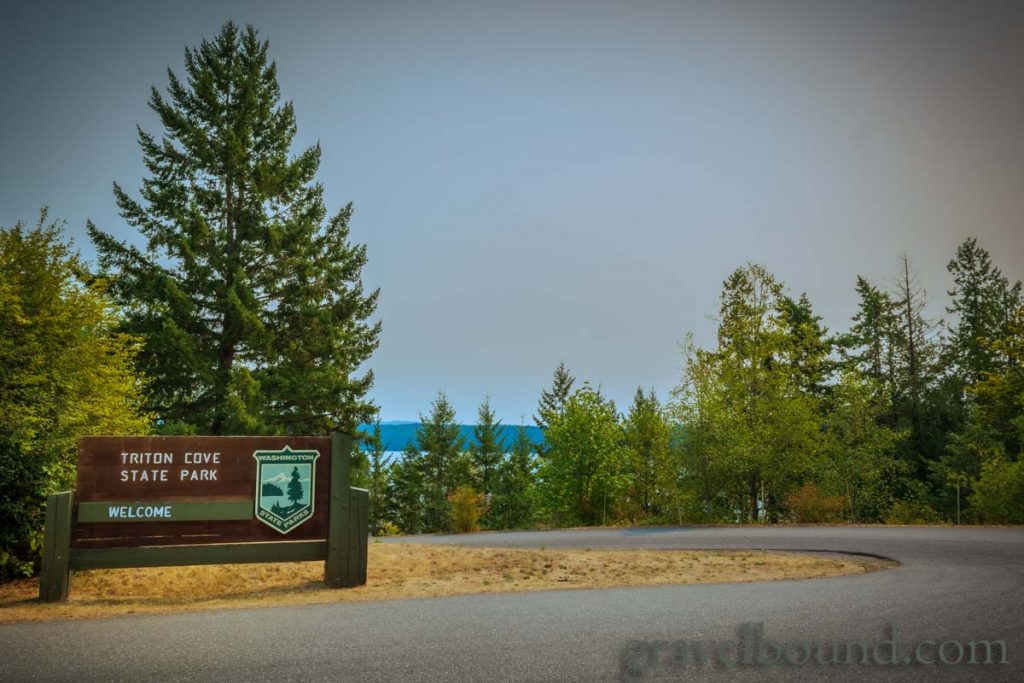 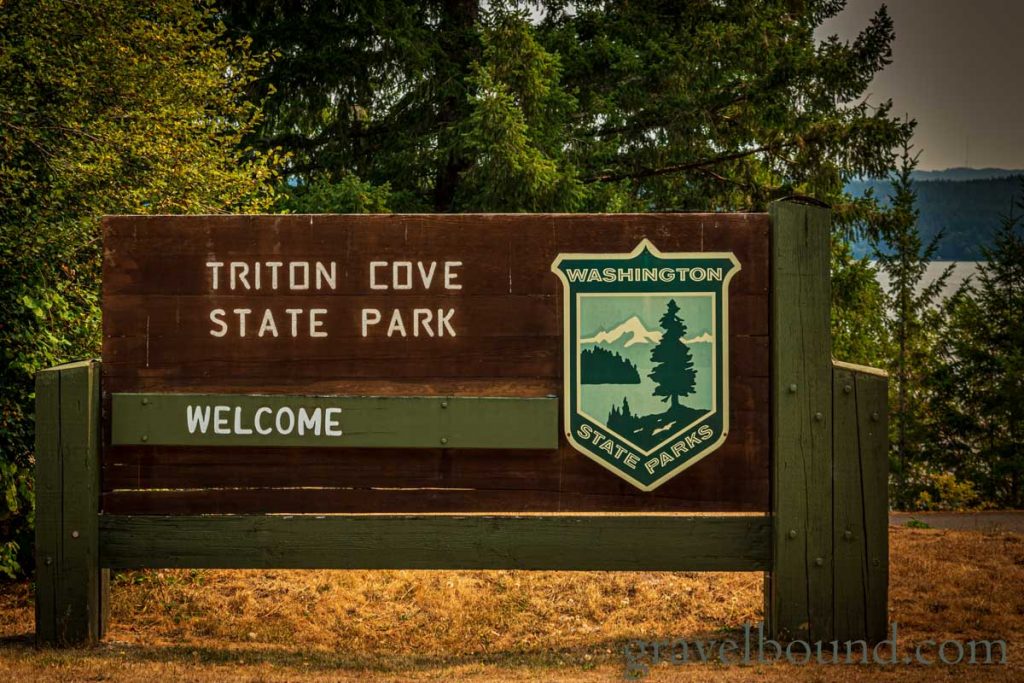 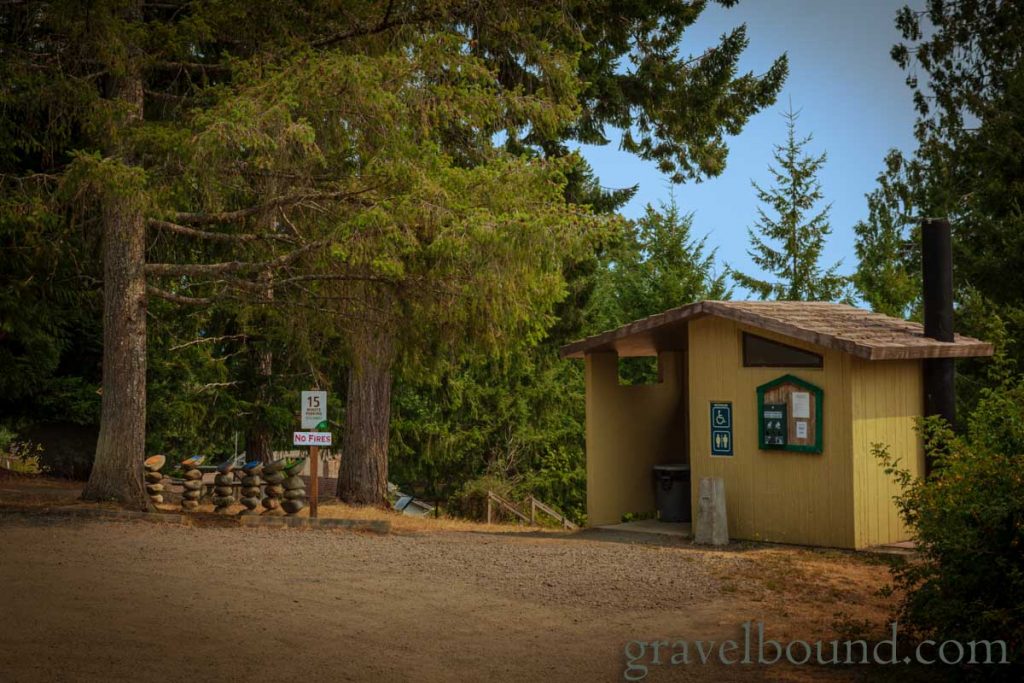 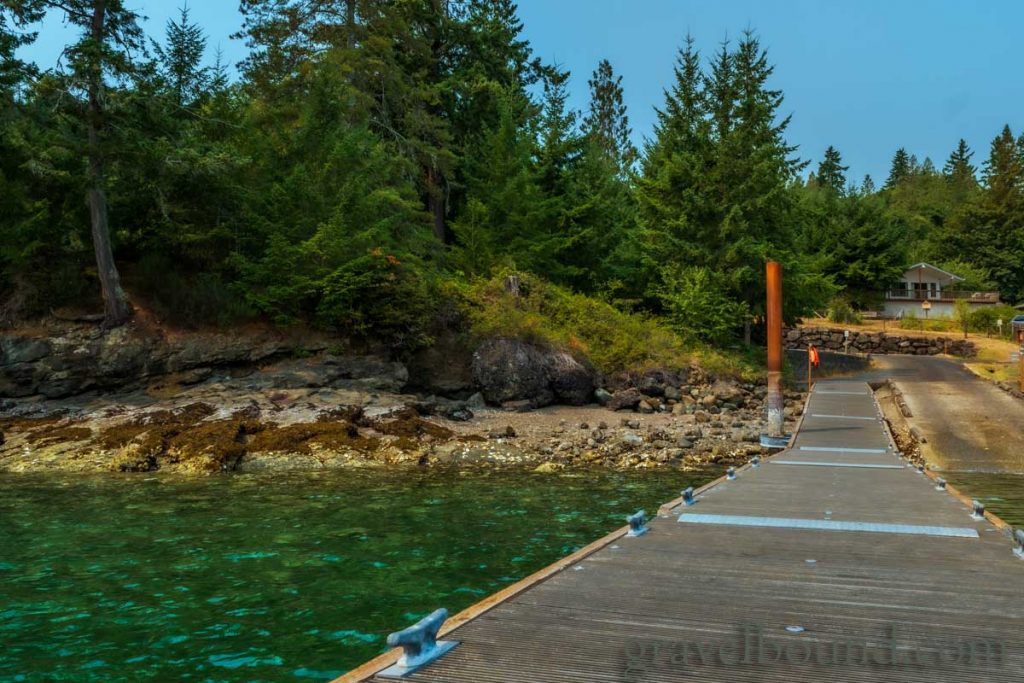 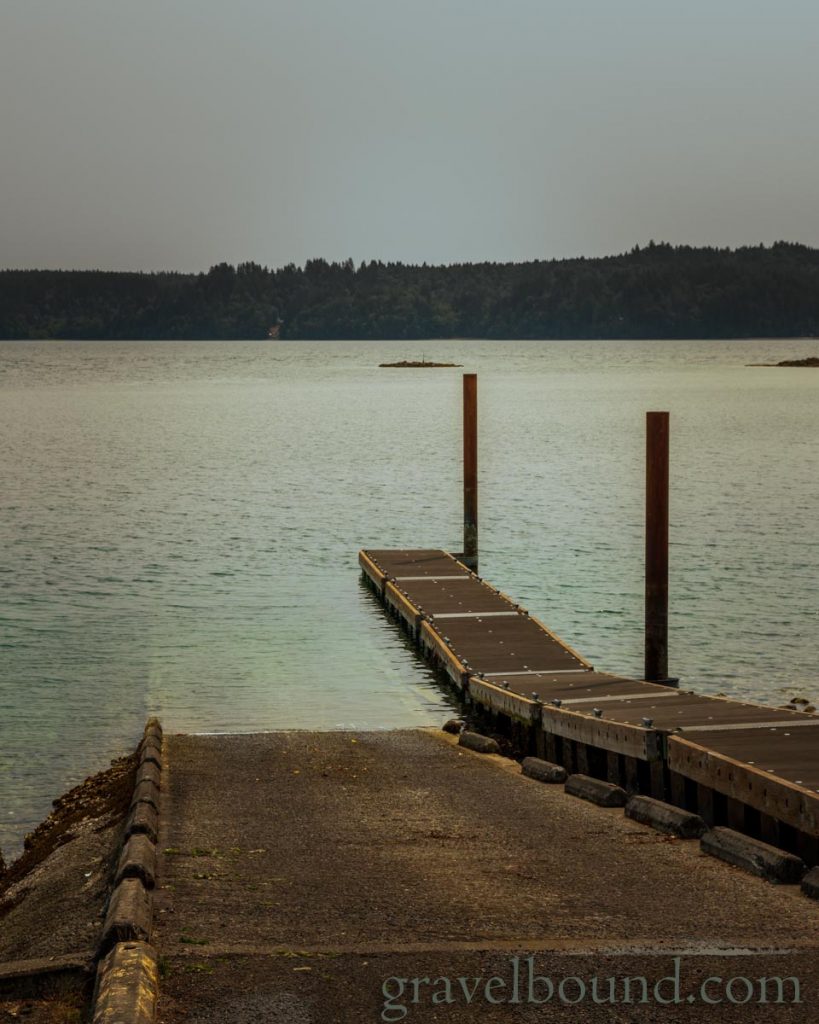 Hood Canal in the Distance from the State Park 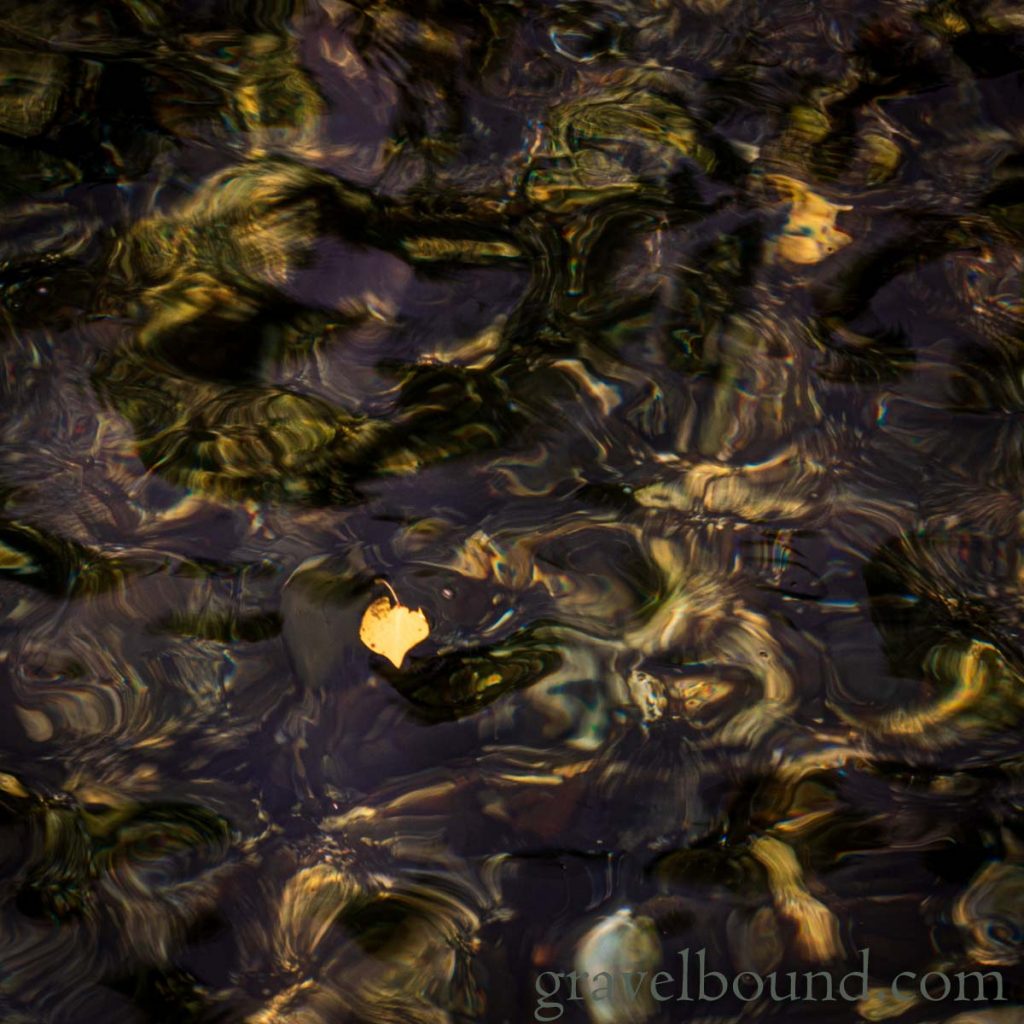 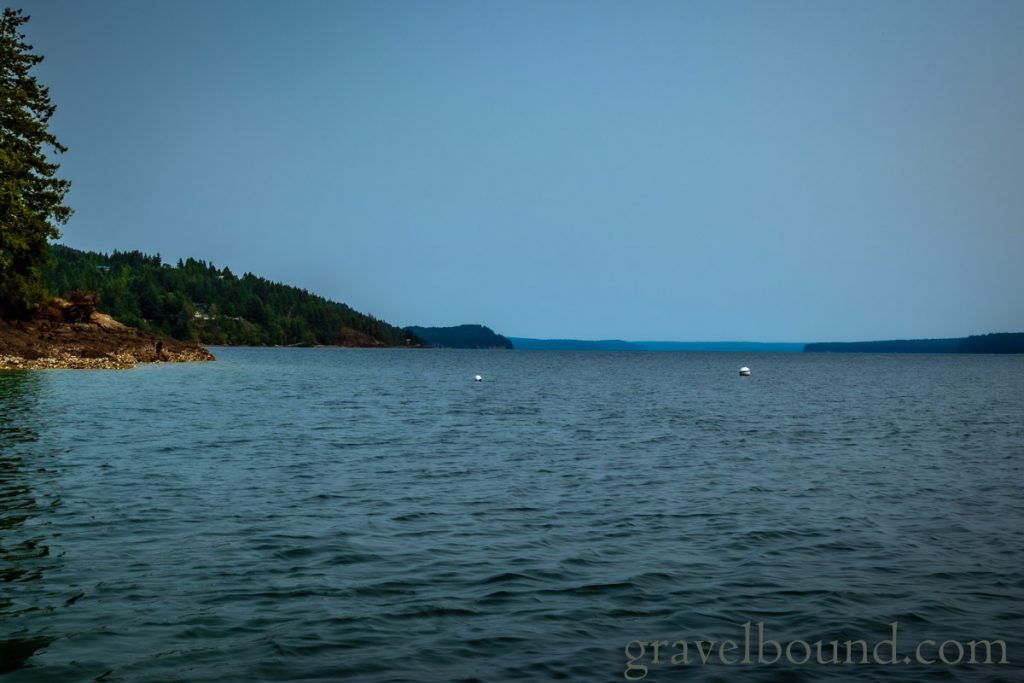 Looking Up the Hood Canal from Triton Cove 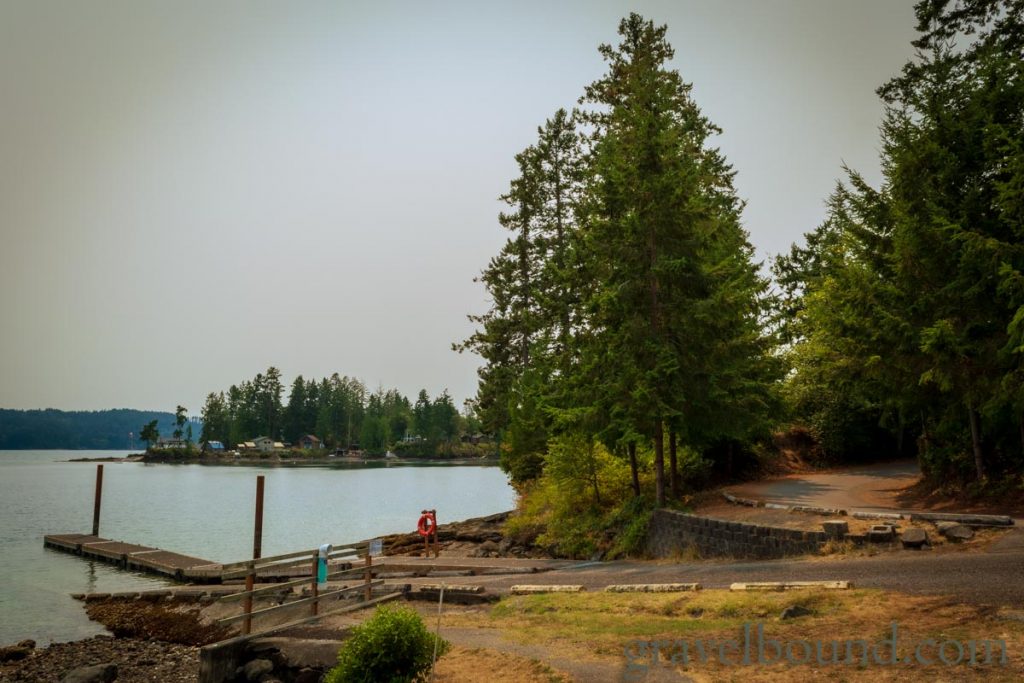 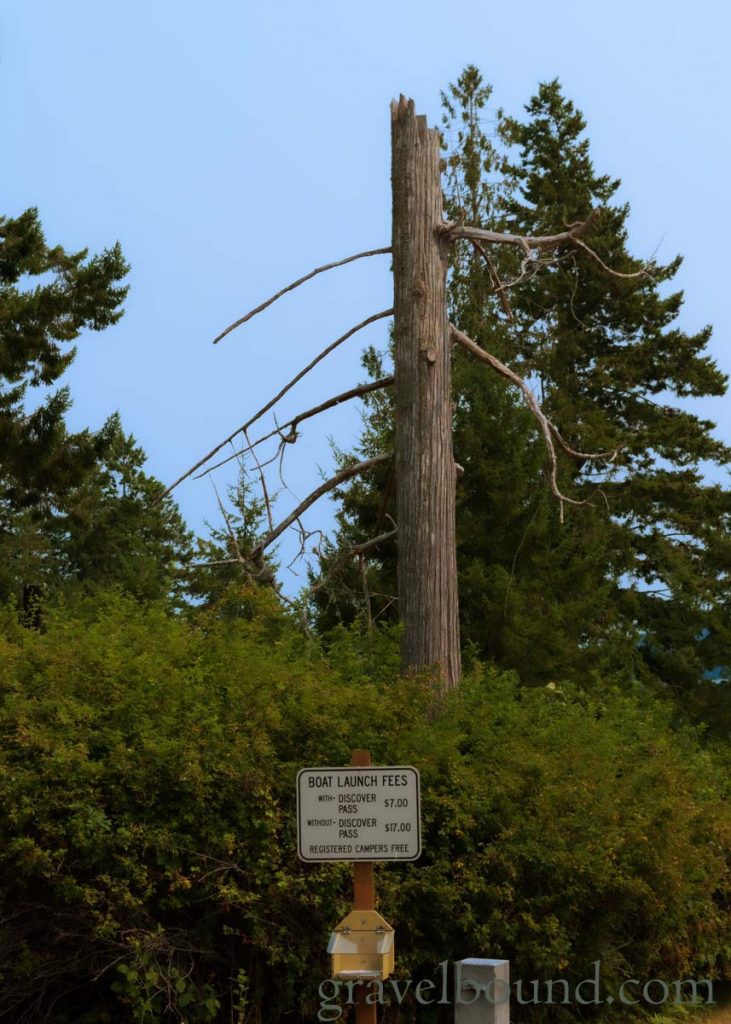 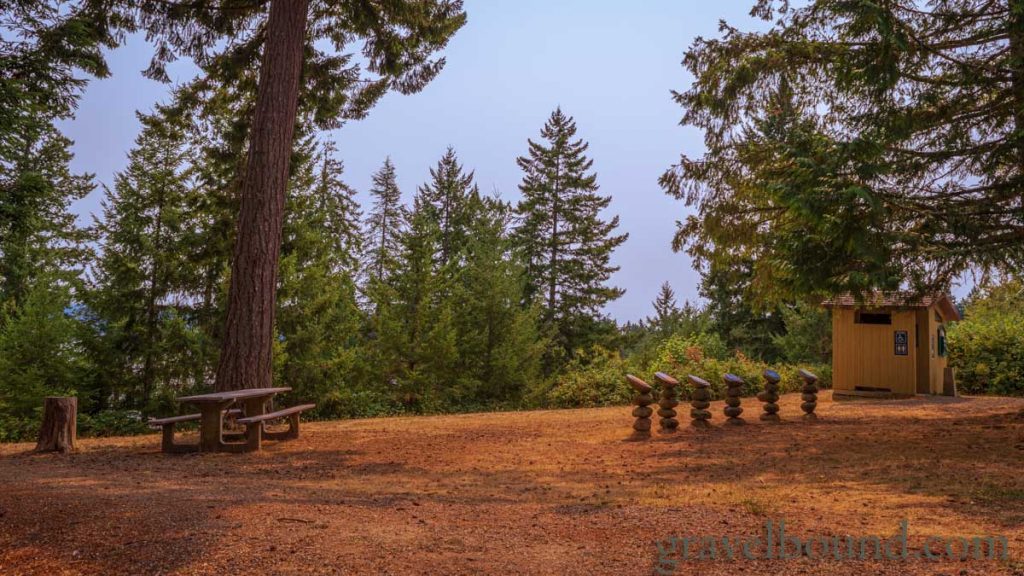 Picnic Table at the Upper Part of the State Park

Public Boat Ramp and Floating Dock at the State Park 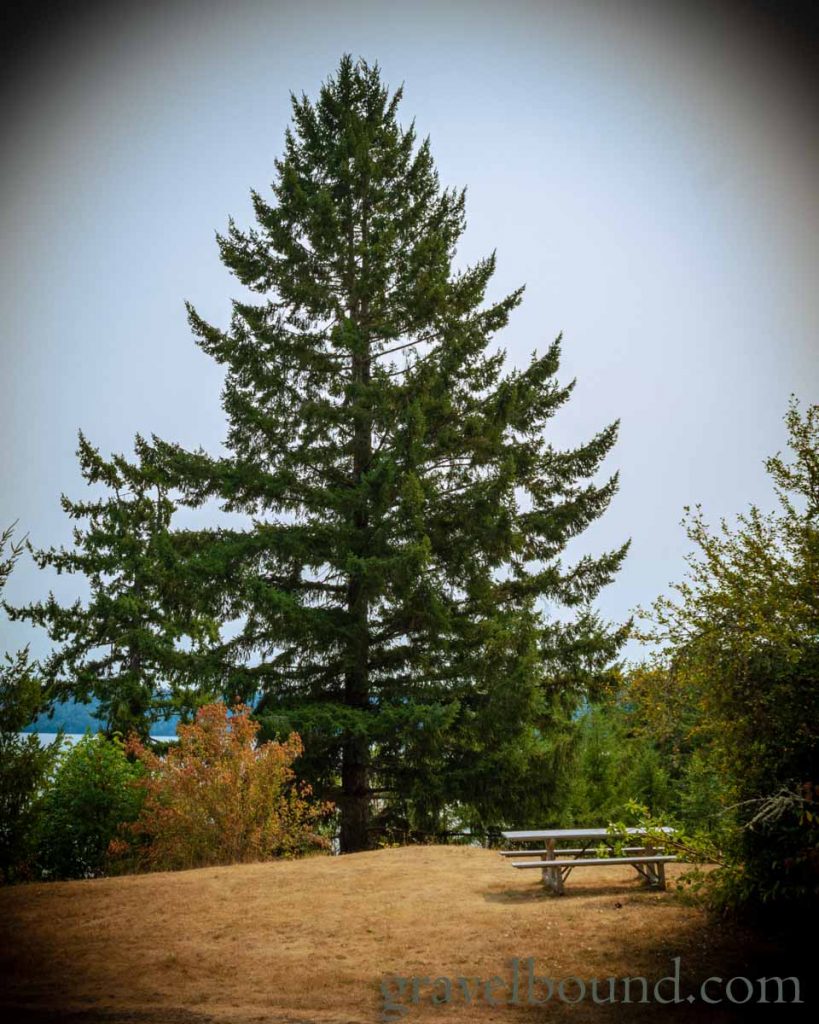 Sunny Picnic Spot in the Upper Part of the Park 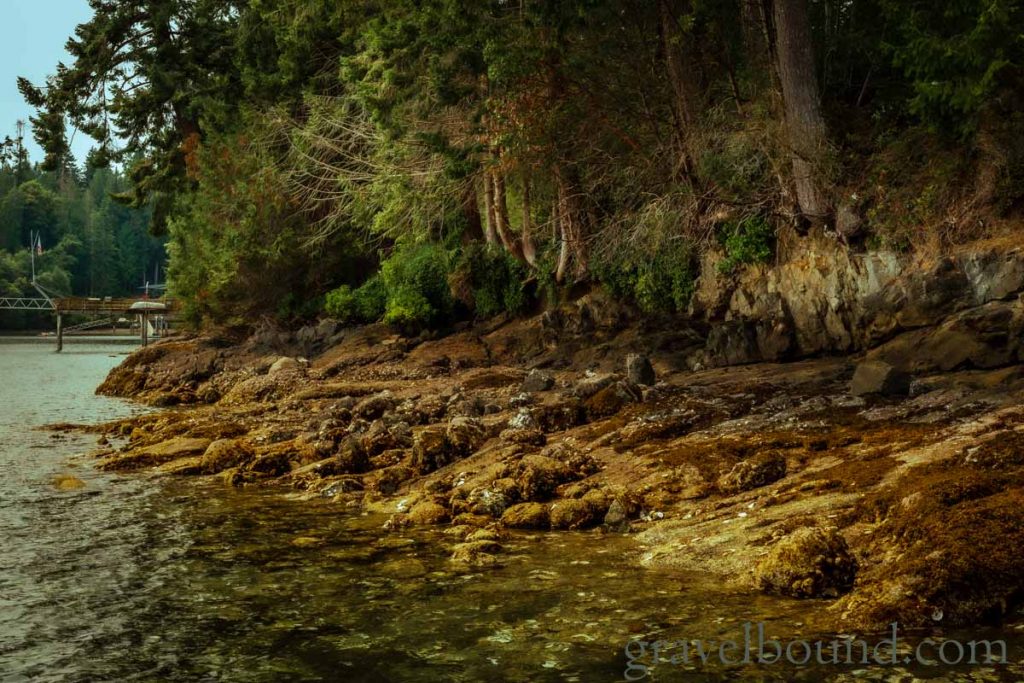 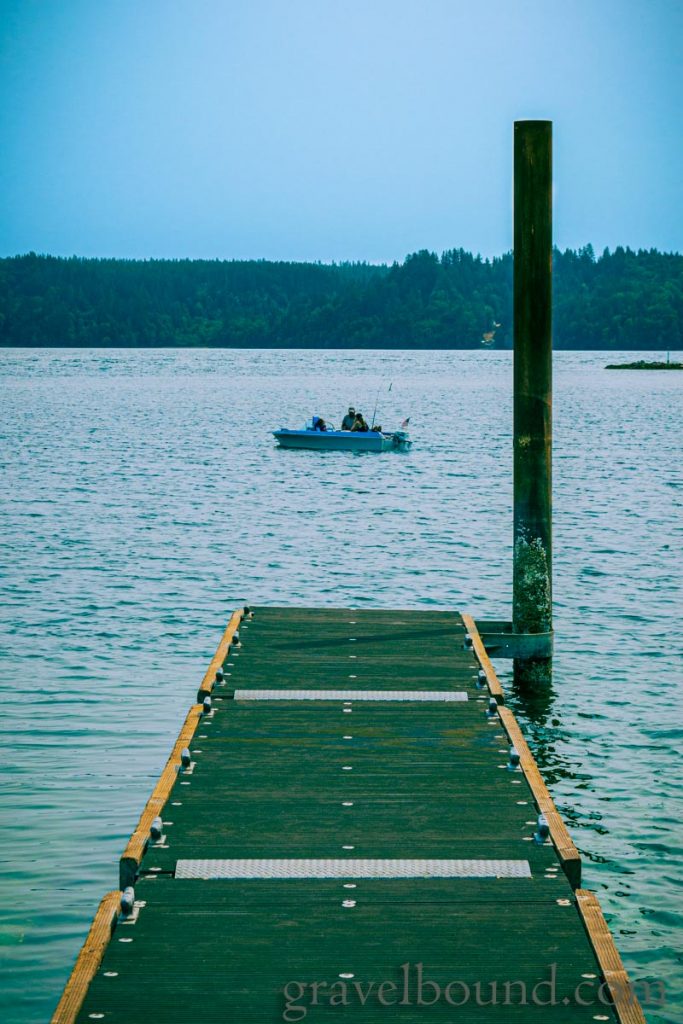 Small Boat Cruising Out from the Cove 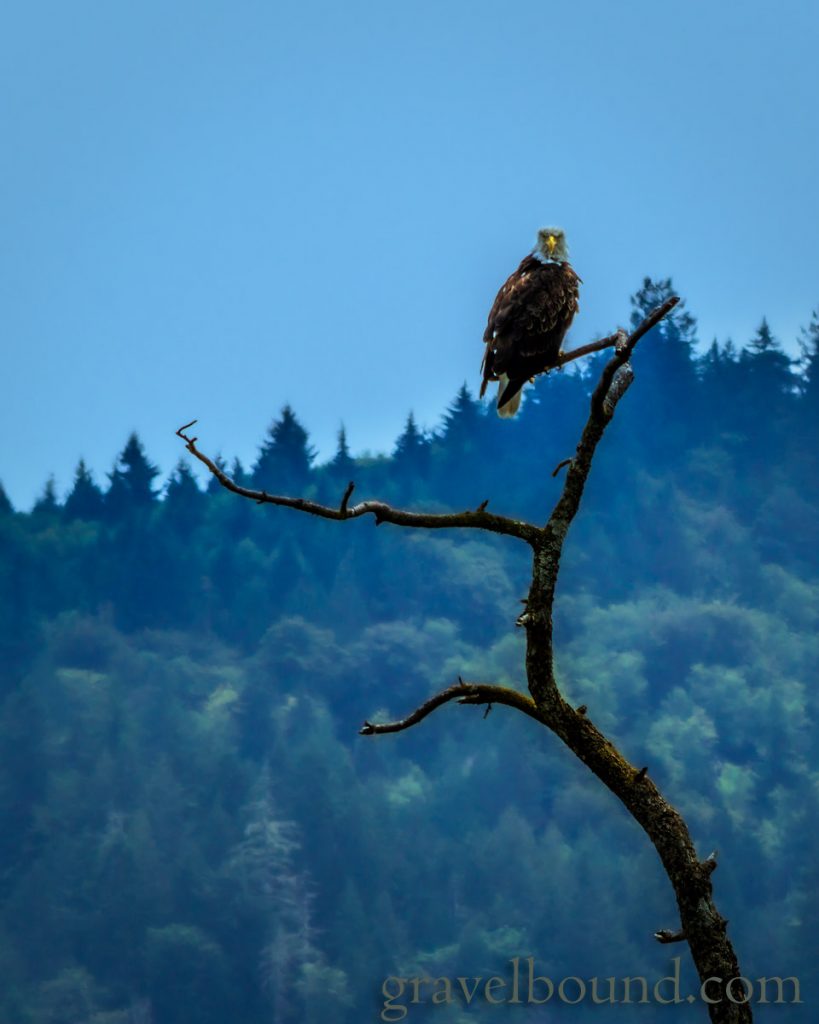 Bald Eagle Posing for a Photograph 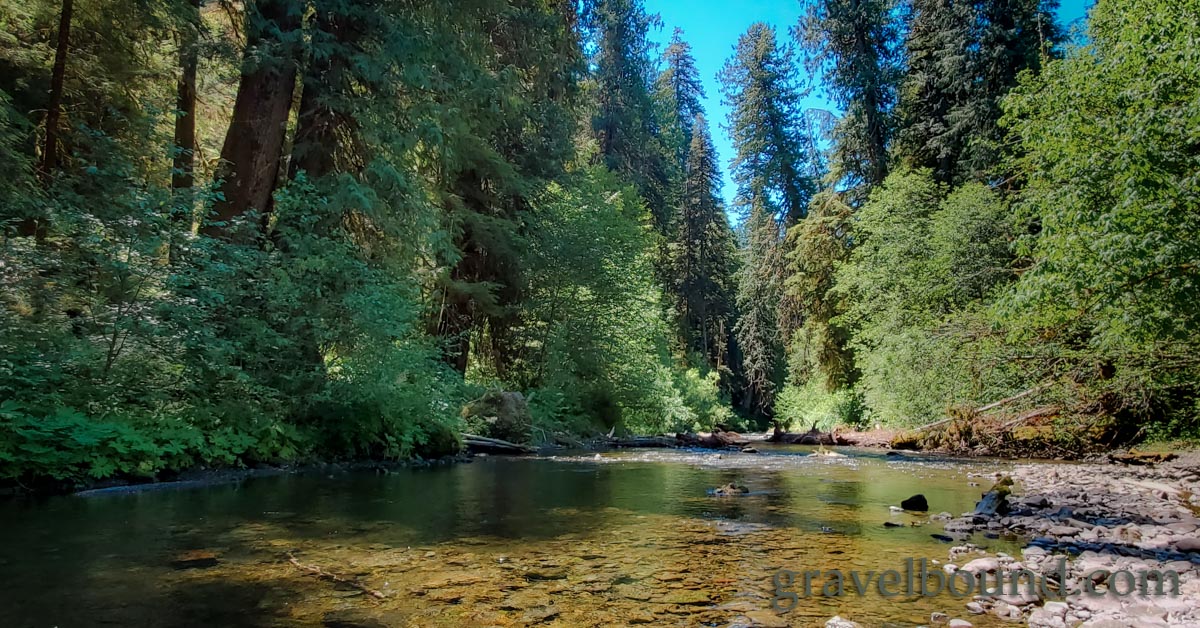 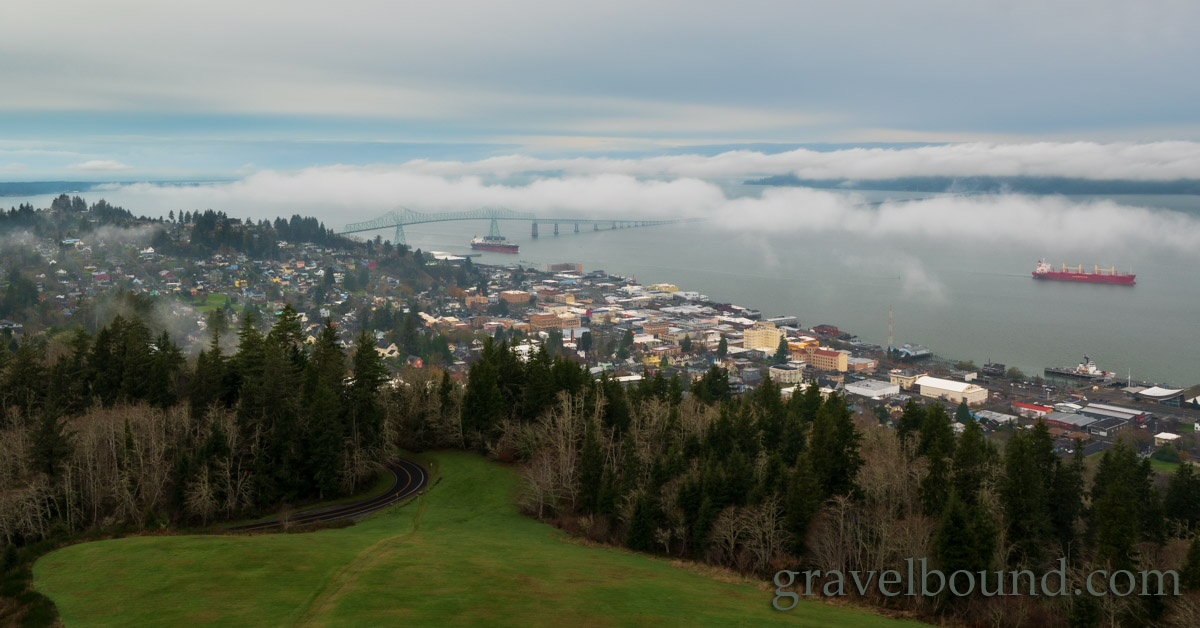